“I have a special resonance with Hillary Raimo. Her questions always excite my mind.” – Barbara Hand Clow, author of The Mayan Code, The Ruby Crystal

“Hillary is a profound healer.” – Esateys, former Board Member of Deepak Chopra’s Center for Mind/Body Connection 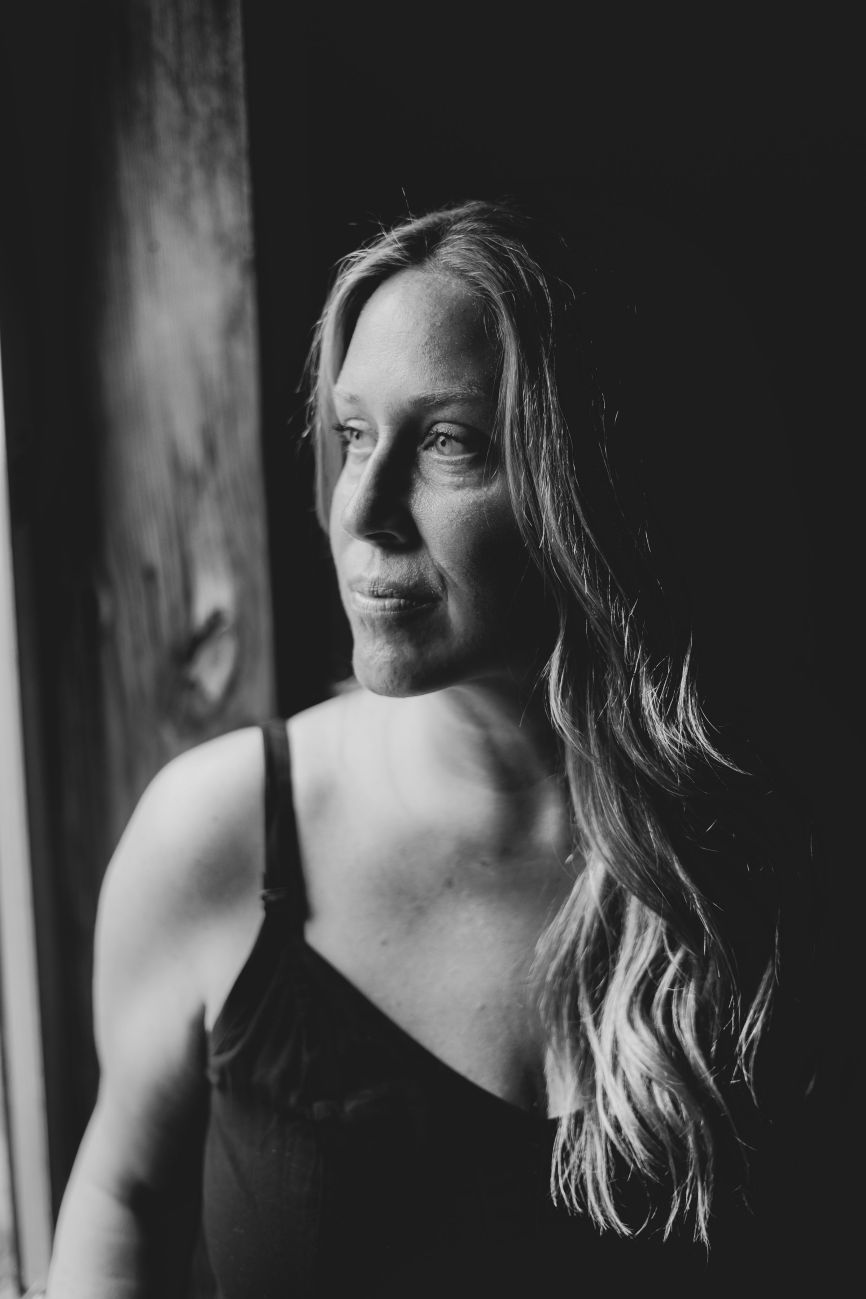 Having studied shamanic healing, and as a certified Reiki Master Teacher in Usui and Karuna Reiki, Hillary has spent most of her adult life exploring ancient cultures, religions and megalithic structures. With a business background as a licensed NYS real estate and insurance agent, Hillary has found a way to combine intuition, energy and holistic approach in life, and in the boardroom. Her visionary talents have been sought after by some of the worlds greatest minds on creative teams in a variety of industries over the years. Including, the Peace in Space Treaty Project with Dr. Carol Rosin, for two years helping to coordinate cooperation among world leaders to petition for no weapons in space as an effort to raise awareness of technological advancements in realms beyond Earth. Her interest in cryptocurrency flourished when she was added to the creative team of WorldBit in 2017 by Stuart Trusty, former head technologist of Alibaba in Asia.

Hillary petitioned the White House (2017) to save the redwoods in California from logging, in an effort to protect the raw forests she loves to photograph. Following in the footsteps of her activist grandmother, Miriam Holloway, Hillary witnessed firsthand the intense Wall Street protests in NYC, protests in Cairo (2014), and Standing Rock Camp (2016) in North Dakota as an independent freelance journalist. Her curious nature has brought her many adventures, pivotal moments and she combines all of her experiences into her visionary artwork as an artist. All of it fueling her passion as a radio broadcaster, producer and writer.

Hillary’s artwork has been shown in Albany Center Gallery Members Show, Spring Street Gallery Saratoga Springs, Yaddo exhibit ‘Taking Flight’ curated by Tristan Kirvin and is regularly featured in the traveling exhibits of the Schenectady Photographic Society.  Recently, Hillary’s work was presented at the Salmagundi Club in Manhattan selected for the 2019 Non-Members Photography Open. Her work was included in the summer group invitational RUIN at The Royal in Brooklyn hosted by the Royal Society of American Artists (RSOAA). Her photograph “Time Acceleration” was chosen for the group exhibit Welcome to the Multiverse, a creative exploration of theoretical physics curated by Janet Rutkowski at Plaxall Gallery in Long Island City.

She credits her art residency at Atelier de la Rose in Montcabrier France (2015) for opening her artistic eye and changing how she seeks power & beauty in her images. A multi-medium artist, Hillary hopes to instill a purpose to her work. Hillary has participated in multiple group and solo art exhibitions.

Hillary’s work was recently on exhibit in the 41st Photography Regional at Collar Works Gallery (Troy, NY) guest curated by Daniel Aycock and Kathleen Vance of Front Room Gallery NYC. Her photograph “Formation” was 1 of 15 pieces of work chosen for the exhibit.

While on residency at Dacia Gallery in NYC, Hillary studied figurative painting under the instruction of Billy Seccombe.  Read more about Hillary’s artwork.  Hillary is the former President of The Bethlehem Art Association in Delmar, New York (2018 – 2020).

“Hillary’s playful personality and photographic style shine through her keen and unique eye. Her sense of composition, her ability to create ethereal and pastoral imagery speckled with a hint of the fantastic give the viewer many a reasons to linger while appreciating the art in her photography.” – Essdras M Suarez/ 2x Pulitzer Prize Winning Photographer

As a writer and author of 3 books, Hillary’s articles have been published in popular online magazine’s such as Sirvana East, as well as Rebelle Society. Her books are available in paperback and eBook on Amazon, Amazon UK, Barnes & Noble, and LuLu. Hillary’s wise wordsmithing can also be found in Yvonne Perry’s best selling book Whose Stuff is This? Finding Freedom from the Thoughts Feelings and Energy of Those Around You (January 2011), Oracle of Initiation by Mellissae Lucia (2012), Kids Who See Ghosts by best-selling author Dr. Caron Goode (Weiser Books 2010), Prophetic Voices by Maria Yraceburu (2010), The Psychic Survival Manual by 7x Emmy award winner Lorraine Roe (2015). Read more about Hillary’s latest book release.

‘”Hillary Raimo is a unique combination of healer, journalist, and spiritual leader. She has the pitch-perfect combination of left brain intellect and right brain intuition. If she writes it, I read it… so I can know what’s really going on in this world.” – Lorraine Roe, winner of 7 Emmy awards for investigative TV journalism and Author of The Psychic Housewives’ Handbook ( Hampton Roads Publishing) 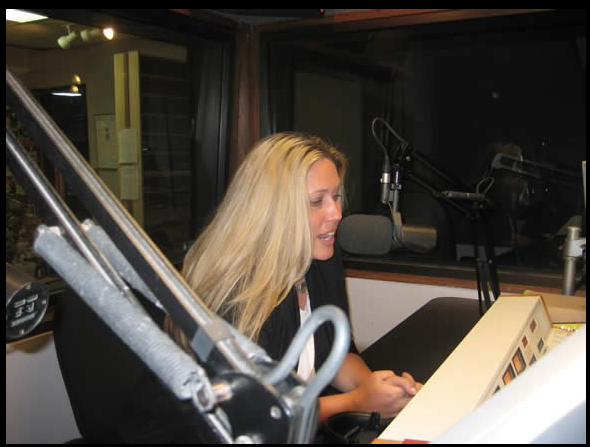 As a radio host, Hillary was a strong & powerful voice on KCAA 106.5FM, 102.3FM and 1050AM, an NBC News Radio affiliate station in southern California and Los Angeles areas in 2019. Her archives going back to 2005, can to be heard on various platforms including iHeart Radio, Apple Podcasts, Spreaker, Stitcher and other popular streaming apps.

Hillary began her radio career in 2005 on WVKZ 1240AM terrestrial talk radio in upstate New York. In 2008, she began broadcasting online with Achieve Radio where she hosted a weekly broadcast until 2017. At times Hillary would guest host, help produce, short runs on other networks including World Puja Network, BBS Radio and Capricorn Radio. In 2016, Hillary began to mentor inspiring radio hosts, many who began their own shows soon after.

In 2016, while Hillary was writing a book proposal for the prestigious Cambridge University’s Nine Dots Prize, she was invited to host a political podcast throughout the Presidential campaign by a developing podcast show. These included interviews with Chad Marlow the head counsel of the ACLU for Data Privacy, Mark Watne NDFU President on Corporate Farming, Arvin Vohra the National Libertarian Vice Chair, John G. Heim Clean Water Movement, Colin O’Neil on GMO’s & the Dark Act. Many of these important shows can be found throughout the Internet.

In today’s digital age, Hillary is still asking important questions. Her body of work reflects a deeper dimension to the macro-micro reflections we face on a daily basis in today’s complex world.

“After all these years in alternative media, publishing books, numerous articles and interviews later, here I am. With a unique perspective on world events, my time as a radio host also brought many experiences my way. I met extraordinary people, and was privileged to have an hour conversation a week for over a decade (give or take a few weeks off) and it was part of my spiritual growth to say the least. I found myself exploring the Great Pyramid on Giza, the old ruins of Manchu Picchu and Stonehenge. It brought me to the Temple of the Sun & Moon at Teotihuacan, the megalithic sites of Ireland and eventually to the Native American sites nestled deep in the American Southwest. As I followed my heart I was brought to many fulfilling and beautiful adventures and they still continue to inspire my work. I seek to instill beauty & power into my artwork, poetry, writing and artistic projects. Through my artwork & books I offer a glimpse into what has inspired me.”